HomeBlogWhat Is Google RankBrain and How Does It Affect SEO? 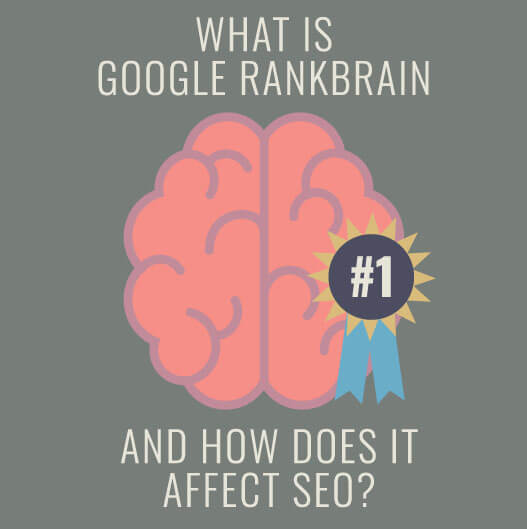 In October 2015, this Bloomberg article let the world know about Google RankBrain; an artificial intelligence system that Google had begun using to compile the most relevant search results for its users. Here we take a look at how RankBrain works, and what it means for content creators when it comes to SEO. 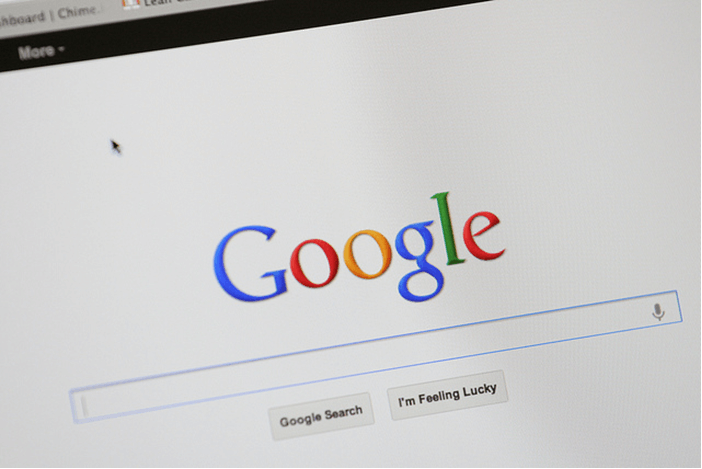 RankBrain is a machine-learning system. These systems enable computers to “teach themselves” to do things without needing additional programming or human input. In the case of RankBrain, it turns written words into mathematical calculations called vectors, which it can understand. It can then make guesses as to the meanings of words or phrases it isn’t familiar with, allowing it to generate relevant search results.

Prior to the introduction of RankBrain, much of Google’s search results compilation relied on human effort, with people making lists and creating database queries which computers could then interpret and filter. However, this was becoming extremely difficult. Around 3.5 billion Google searches are now made every single day, with Bloomberg reporting that 15 percent of those searches are brand new queries which the search engine has never seen before. The sheer volume of data was simply becoming too great.

RankBrain’s job is to interpret these new queries, reducing the human involvement to a bare minimum. In tests, RankBrain performed this task more efficiently than humans, achieving an 80 percent success rate to the human team’s 70 percent.

RankBrain recognises patterns between searches that may seem otherwise unconnected. This enables it to “learn” the relationships between different topics, even in searches that have never been entered before. By doing this, it is then able to understand future queries and divide them into groups, allowing it to present the results which it ‘believes’ will be the most helpful to the user.

RankBrain works alongside Google’s Knowledge Graph, which was launched in 2012. This is essentially a database of facts from all around the world, and the relationships between them. It allows people to expand their searches and discover more facts around a subject they’re interested in by providing answers to related questions that they may not have thought to ask. 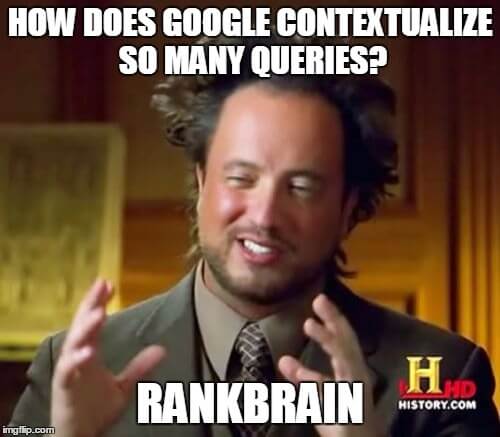 IS RANKBRAIN A FACTOR IN SEARCH RESULTS?

There are hundreds of factors, known as “signals”, which Google uses to determine the ranking of a web page. These include the use of certain relevant words, or pages being optimised for use on mobile devices.

In 2016, Google revealed that the top three most important “signals” it uses to rank pages are content, links, and RankBrain.

The first two factors have caused problems for Google in the past. The use of keywords in analysing content caused a lot of meaningless articles to be created which were stuffed with keywords and provided nothing of value to the user. This was a practice that Google has since cracked down on, penalising webmasters and publishers who use this technique.

Similarly, the use of links was abused by people buying and selling links and hiding links within content to improve their rankings. As RankBrain can’t be fooled by these things, it essentially weeds out useless content and provides results that actually provide genuine use to searchers.

HOW WILL RANKBRAIN AFFECT SEO?

The use of RankBrain means that marketers are going to have to think more carefully about the content they post online if they want to optimise their Google rankings. Instead of concentrating solely on a single keyword or phrase and basing their content around that, content creators will have to think about what that keyword or phrase actually means. and post content that goes into these subjects in more depth.

This is likely to result in an increased focus on long-form content that offers real value to the user by offering thorough answers to their queries and further information on a relevant subject. RankBrain will want to see articles that provide users with all the information they are looking for in one place, with the most in-depth, highest quality content ranking the most prominently.

Article Name
What is Google RankBrain and How Does It Affect SEO?
Description
RankBrain recognises patterns between searches that may seem otherwise unconnected. This enables it to “learn” the relationships between different topics, even in searches that have never been entered before.
Author
Meng Lin
Publisher Name
Digital Meal
Publisher Logo